Productions Running Away to... Birmingham, Alabama?

Dozens of post-production/visual effects houses in the Los Angeles area have gone out of business over the past few years - or moved to locations such as Canada that offer tax incentives to producers.

According to anecdotes from visual effects artists and others who were formerly employed in LA post-production houses like Laser Pacific, it seems that most of LA's post-production jobs had moved outside the United States.

So, during a recent trip to Alabama for the 2016 Sports and Entertainment Symposium (SES), I was surprised to learn that one of the beneficiaries of runaway productions has been Birmingham and it's rapidly growing post-production house, Red Sky Studios.

With fellow speakers from the #SES #Sports and #Entertainment #Symposium
A photo posted by Cedar Boschan (@auditrix) on Apr 8, 2016 at 6:10pm PDT


Should you have any questions about what Alabama production or post-production costs may qualify for Alabama subsidies and/or tax incentives, I met an accountant who audits production expenses to see whether they comply with the state law(s).  His name is Mark Underhill, CPA with Barfield, Murphy, Shank and Smith and I imagine he should be able to consult with you to answer your questions and ensure you or your client are complying with the relevant legislation.

Alabama's tax incentives and its growing track record of work (e.g., the visual effects in the movie Woodlawn, for example) are definitely driving expansion at Red Sky Studios, which is growing beyond Birmingham, Alabama;
Much of Red Sky Studios' work is performed on-site but some aspects are outsourced to foreign workers.

On a private tour of Red Sky Studios in Birmingham, Alabama, we found the facilities to be nondescript (no sign out front) but impressive.

A theater and man at work at Red Sky Studios: 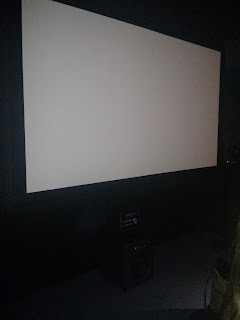 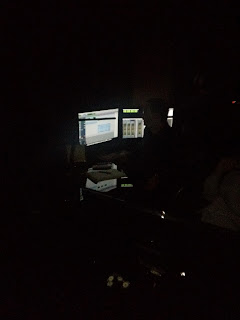 We hope Red Sky Studios enjoys so much growth that it opens an LA office.  There are plenty of underemployed visual artists and editors here, after all!
Posted by Cedar Boschan at 3:16 PM


Mitch Hurwitz: The problem with TV is the Nielsen lie. @Netflix has the exact number. #ghjentertainment


Mitch Hurwitz: It cost pennies to put a #Netflix button on remote controls. Why didn't NBC do this? #ghjentertainment

10/16 in LA: The Canadian #Copyright Board & #Canada Supreme #Court in the #rate setting process @ AIMP.org

What changes do you think should be made to the #Talent #Agencies #Act and why? #TAA Q&A w/ Ed McPherson, Esq. http://bit.ly/1wcF2iV

@schuylermmoore: If you do an #advertised 506 #crowdfunding offering, the burden is on you to verify investors are accredited buff.ly/Z5g7PY @bhba

“What gets measured gets improved.” -Peter Drucker
bit.ly/1s9SUcY

Super excited to speak tonight with some of L.A.'s best and brightest #business #managers at a #secret #location #CPE 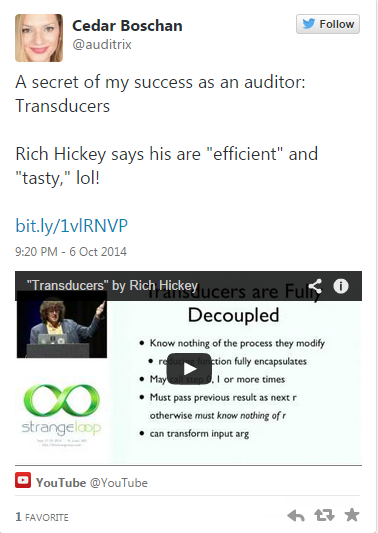 
http://
@theroyaltymkt: "Think of a royalty investment as a variable income stream with a long-term embedded call option."


Tell Your Fans Where To Buy Your Music by @annielin bit.ly/1vnQrdl

Distinguished entertainment litigator Edwin F. McPherson is the foremost expert on California's Talent Agencies Act (the "TAA").  On the heels of a recent Billboard piece - "Did the California Labor Commissioner Just Shake Up the Music Industry?" - we share the Q&A below to benefit talent representatives.

Cedar Boschan: What is the Talent Agencies Act?

Boschan: How does it impact recording artists and their representatives?


McPherson: The Act was enacted to protect artists.  Many questions have been raised in the last several years (primarily by me) as to whether the Act really does what it was designed to do, or whether it actually hurts the very artists that it was designed to protect.  Several years ago, professionals in the music industry lobbied to amend the Act to exempt recording agreements from the Acts proscriptions.  That amendment went unchallenged for many years until the California Labor Commissioner, in the Dwight Yoakam v. The Fitzgerald Hartley Co., etc., et al., Case No. TAC 8774, determined that, because modern recording agreements include elements such as music videos, there are parts of a recording agreement that are subject to the Act and parts that are exempted from the Act.  Now that most, if not all, recording agreements include many other “360” type elements, the so-called “recording agreement exemption” is all but gone.

Boschan: What about music producers and mixers, and their representatives?

McPherson: There is now an odd dichotomy between how producer agreements and mixer agreements are construed in accordance with the TAA.  There is a case from a few years ago, entitled Lord Alge v. Moir Marie Entertainment, Case No. TAC 45-05 (2008), in which the California Labor Commissioner ruled that a management company that essentially did nothing for two mixer partners but procure employment for them was not liable for violating the Act because a mixing agreement is a recording agreement under the recording contract exemption to the Act.  Moir Marie actually found an expert witness who testified as such – and I can tell you that there is probably nobody else in the music industry that would say that a mixing contract is a recording contract.  In fact, most of the time, mixers do not record anything; they only mix the tracks that have been recorded already.  Even the Labor Commissioner thought twice about her decision, and granted Lord Alge’s motion for reconsideration.  However, unfortunately, the case had already been de novo’d to Superior Court, and jurisdiction therefore removed from the Labor Commissioner.  Although it is doubtful that a similar case will be decided in the same way in the future, lawyers unfortunately are still allowed to cite to the case for authority.

More recently, in fact on August 11, 2014, the Labor Commissioner decided Lindsey v. Lisa Marie Entertainment, Case No. TAC 28811 (2014), in which the successor of the same management company, doing exactly the same kind of procurement for a producer client, was found to have violated the Act.  The Labor Commissioner determined that a producer deal is not a recording agreement.  This, of course, is the proper ruling.  However, the interesting thing is that one could argue that a producer agreement is much more akin to a recording agreement than a mixing agreement.  The hearing officer in the Lindsey case treaded carefully around the Lord Alge case, paying deference to the hearing officer in that case, simply by saying that his decision was limited to the (producer) agreement at hand.

Boschan: How do you help clients who are impacted by the Talent Agencies Act?

McPherson: Although I have often criticized the Act, I have represented countless artists against their former managers and others.  Although I question whether the Talent Agencies Act is good for the industry as a whole, it would be malpractice for me not to use it to the advantage of talent that I represent when their former representatives come after them for commissions.  Similarly, I have represented managers against talent when I do not feel that they have violated the Act, or at least have not violated the Act in a way that permeates the relationship, as defined in the Marathon v. Blasi case.

Boschan: You are a Talent Agencies Act activist.  What changes do you think should be made to the act and why?

McPherson: I think that the entire Act should be looked at very closely in light of the entertainment industry as it exists today – not when the law was originally enacted.  However, the first priority has to be the Solis v. Blancarte case!

Ed McPherson has been practicing law for over 30 years.  He is licensed to practice law in California, New York, Massachusetts, and Hawaii, and has litigated cases all over the country.  He is a partner with the Los Angeles entertainment litigation firm McPherson Rane LLP, which specializes in the (talent side) representation of artists in the entertainment industry.  A substantial portion of Mr. McPherson’s practice involves the Talent Agencies Act, about which he has written numerous articles, given many panels, and has testified as an expert witness.
Posted by Cedar Boschan at 11:37 PM